New PrestaShop-Sync, how it was made

It's been more than six months since we launched prestashop-sync.com. (Despite the fact that the domain was registered only on the 27th of May, before that the service had run on Google App Engine domain, prestashop-sync.appspot.com)

Throughout this time, we gradually, step by step, tried to make the service better and get rid of various bugs discovered by our kind users.

Initially, the service did not possess any design, development was chaotic, interface accumulated more and more new elements but the old ones did not intend to leave.

You can see this initial version of the service interface on the screenshot below: 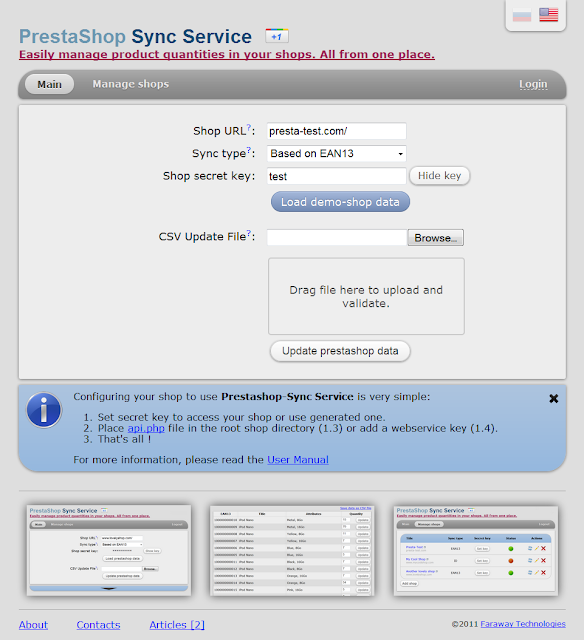 Yes, it doesn't look very ugly, but it definitely has shortcomings.
The interface was made from ordinary rectangular blocks (albeit with rounded corners), the same buttons, plus some other stuff, "successfully" borrowed from other sites. And the most terrible was non-attractive look site color theme - shades of gray. The site has slowly began to turn into a mess, and therefore it was decided to develop a new design from scratch, but try to preserve and improve the original service workflow at the same time.

We have invited a web designer, described him the purpose of the service, its functionality, showed him sites that we like, and asked for a couple of sketches.
The first attempt, as usual, came out lumpy (only on russian, sorry for that:)): 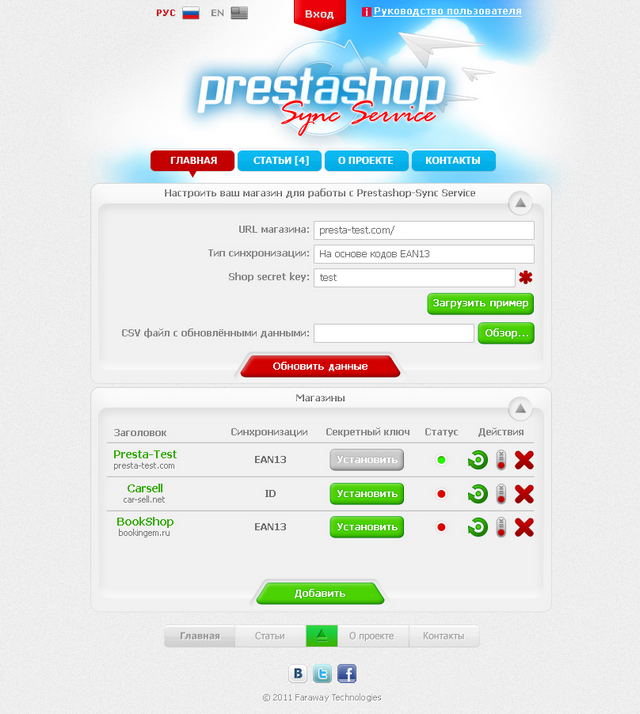 I forgot to tell the designer that we want to see the interface in the original PrestaShop.com color scheme, moreover the overall impression on this sketch was quite ambiguous, so we continued to work on the design.

The second one appeared much better and we decided to give it a try: 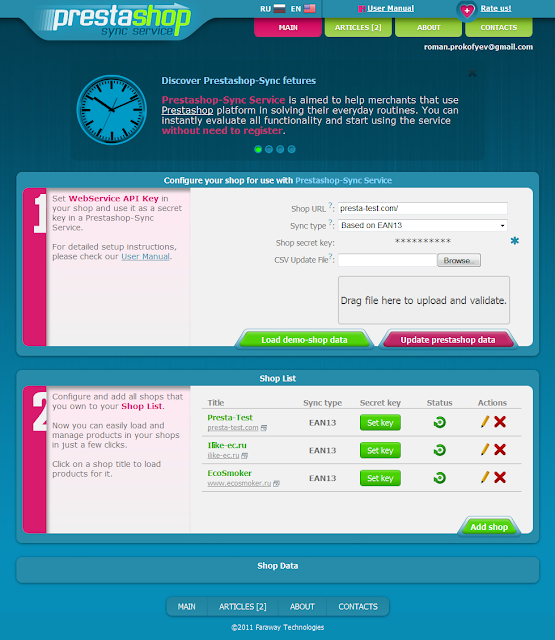 Then we continued to work on details to make the service as far as possible convenient and understandable for our users.

Now I'll dwell on the various features of the new interface and show how it differs from the old one: